The approach to this area starts part way up the road to Mount Laughington. The beginning of the road is an old, deactivated spur; mostly covered in alder and annoying, but easy to walk along. Eventually, the road starts to peter out, and a trail goes down to the right and crosses a creek.

From here the trail goes up, and I don’t just mean that there’s an incline. It’s kind of like climbing a ladder, only instead of nicely fabricated rungs, it’s made of dirt and branches. Expect to spend about an hour or so cursing the day you were born.

Eventually, the trail breaks out into the sub-alpine, and steepness drops significantly. Shortly after that, we set up camp on a nice little ledge. There were blueberries all over the place. 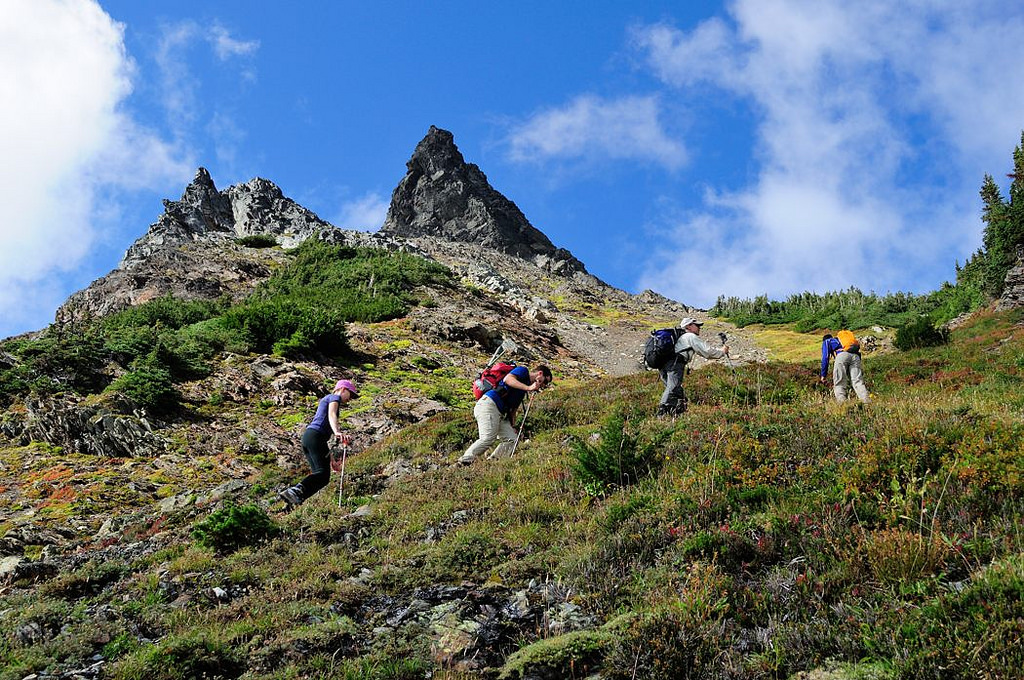 Hiking up along the steep heather towards Mount Stuart. Baby Munday is the prominent peak in the background.

The first afternoon, we went to go climb Mount Stuart. Mount Stuart is the further of the two peaks, but it’s easier to climb. We hiked our way up, around some steep heather, and a big tarn, and then up a long talus slope. 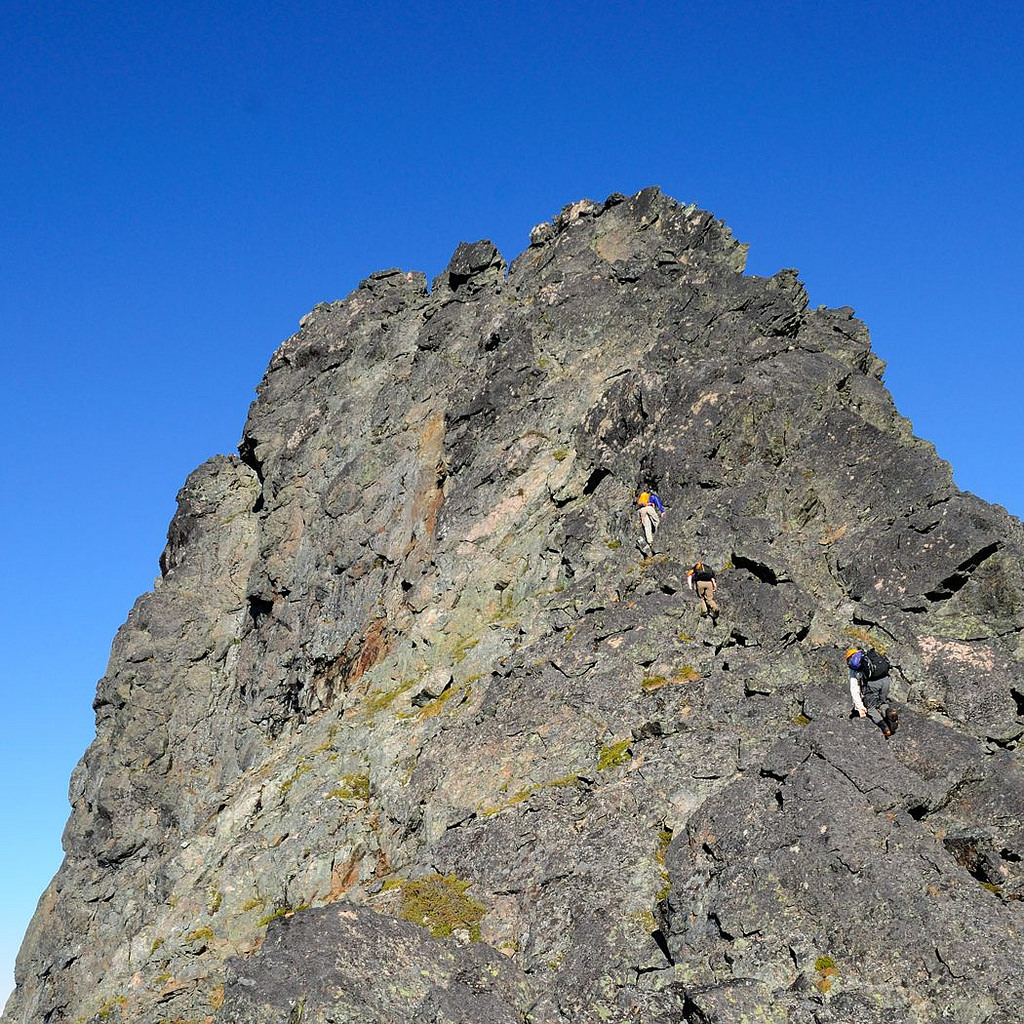 Scrambling up the Northwest Ridge of Mount Stuart

We climbed Mount Stuart via the Northwest Ridge. I don’t remember it being terribly difficult, but I do remember the huge drop on the east side—about 500 meteres, straight down to Waleach Glacier. This peak is probably easier to climb in low visibility. After enjoying the summit for a bit, we descended via the Southwest Ridge. This felt a bit tricky, but that was probably mostly because we were going down.

The hike back to camp was easy, and we gorged ourselves on blueberries when we got there.

The second day we climbed Baby Munday. It’s normally scrambled from the East, and the scrambling route takes you to a sub-summit. We aimed to climb to the actual summit.

It was a bit of work to get back up to the base again, but not too bad. We worked our way up a little notch full of loose gravel. After that, we put on ropes and climbed some easy 5th to little step that lead to the summit. 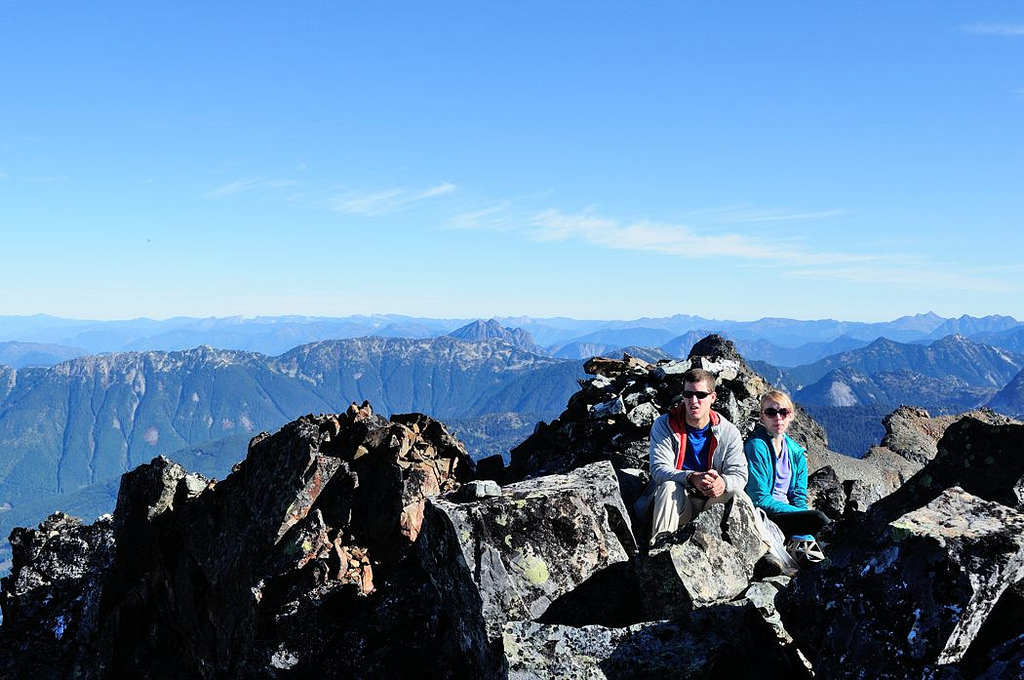 Dorothy & Alan at the top of Baby Munday

The way down was a bunch of rappels, and crab walking down 5.2 rock. From the bottom of the notch, we walked down to camp, ate more blueberries, and make way out of there.