Dorothy was jonesing for some camping, but being winter and all, that sounded a bit cold, so we made plans to stay at the Wendy Thompson Hut. For some strange reason, our skis were locked up in our friend’s house in Burnaby, so weren’t able to get them until lunch time and by the time we got to the Duffy it was mid-afternoon.

At first I thought the pullout we wanted was the first one after Joffre Lakes, so we stopped at the pullout just west of Cayoosh Creek and started skiing up the road on the other side. A little bit later, I realized that something was amiss. We were on the wrong side of Cayoosh Creek and it didn’t look like we were bound to be crossing it any time soon. I checked the map and we went back to the car and got to the correct trail-head. 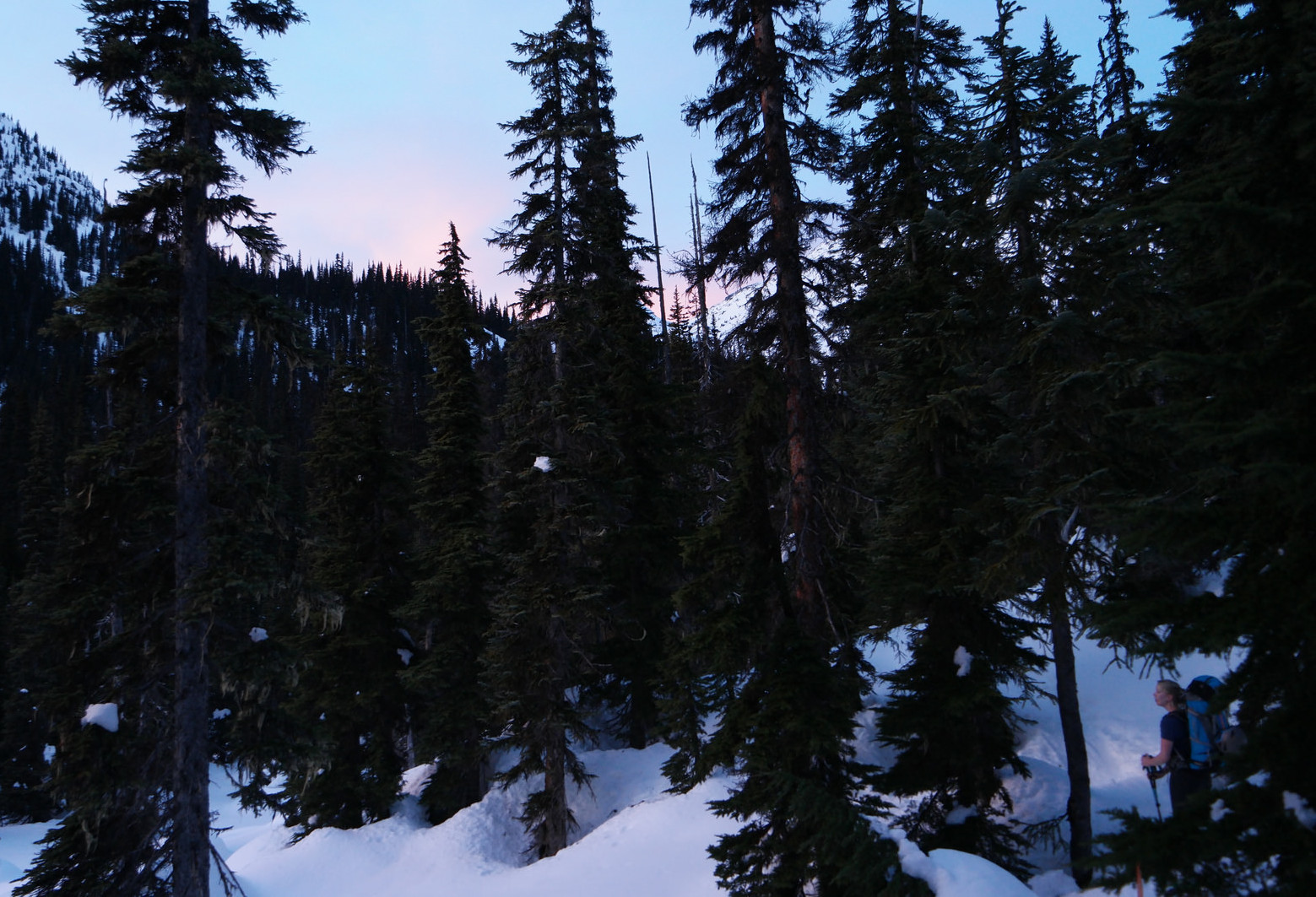 The sun setting over the hills

By the time we finally got started on the right trail it was about 16:00. A little bit after we passed the summer trail-head, we noticed the orange rays of sunset starting to appear on the horizon. We huffed it up along the steep-ish slope that leads to the lake. By the time we got to the lake, it was pitch black, and the pepperoni that I'd given Dorothy to stave off her hunger was not being very agreeable.

At some point, we finally made it to the hut. It was empty and cold (the previous residents had left early on account of an avalanche). We had a late dinner and hit the sack. The next morning we slept in. I was pretty cold in the cabin without any other bodies to warm it up, so getting out of our sleeping bag wasn’t very nice. The stocks of firewood were pretty low, and I didn’t want to use them all up just to warm the two of us.

That day another guy showed up. He taught us how to play golf with cards and Dorothy and I went on a little ski trip to some saddle to the north, but it was windy and the visibility was poor. The ski down was difficult, with a mix of big piles of powder and wind crust. We decided that was enough for the day. 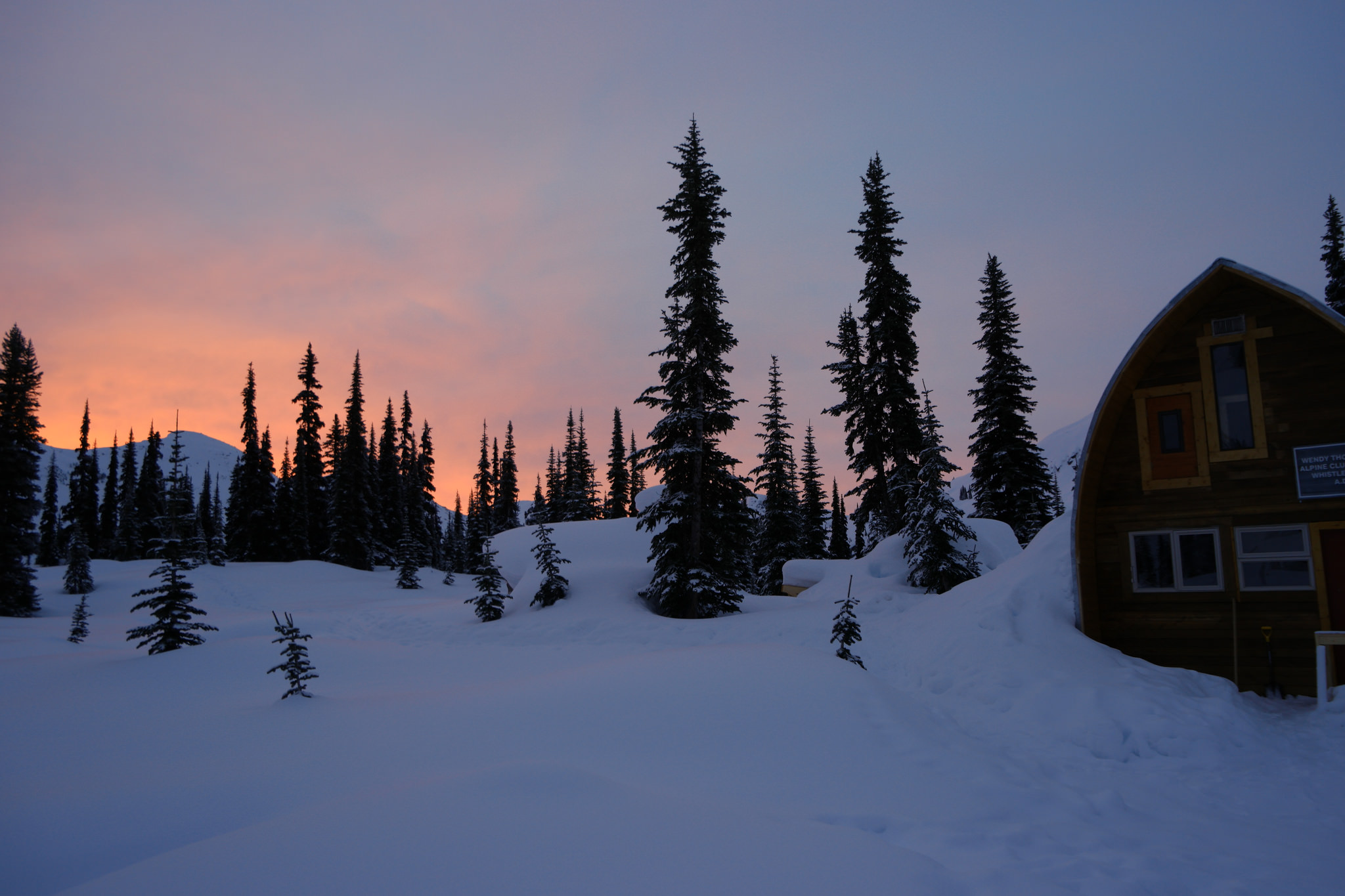 Sunrise at the Wendy Thomson Hut

The next morning we woke up and skied out. This time I didn’t sleep in and was lucky enough to see a nice sunrise. 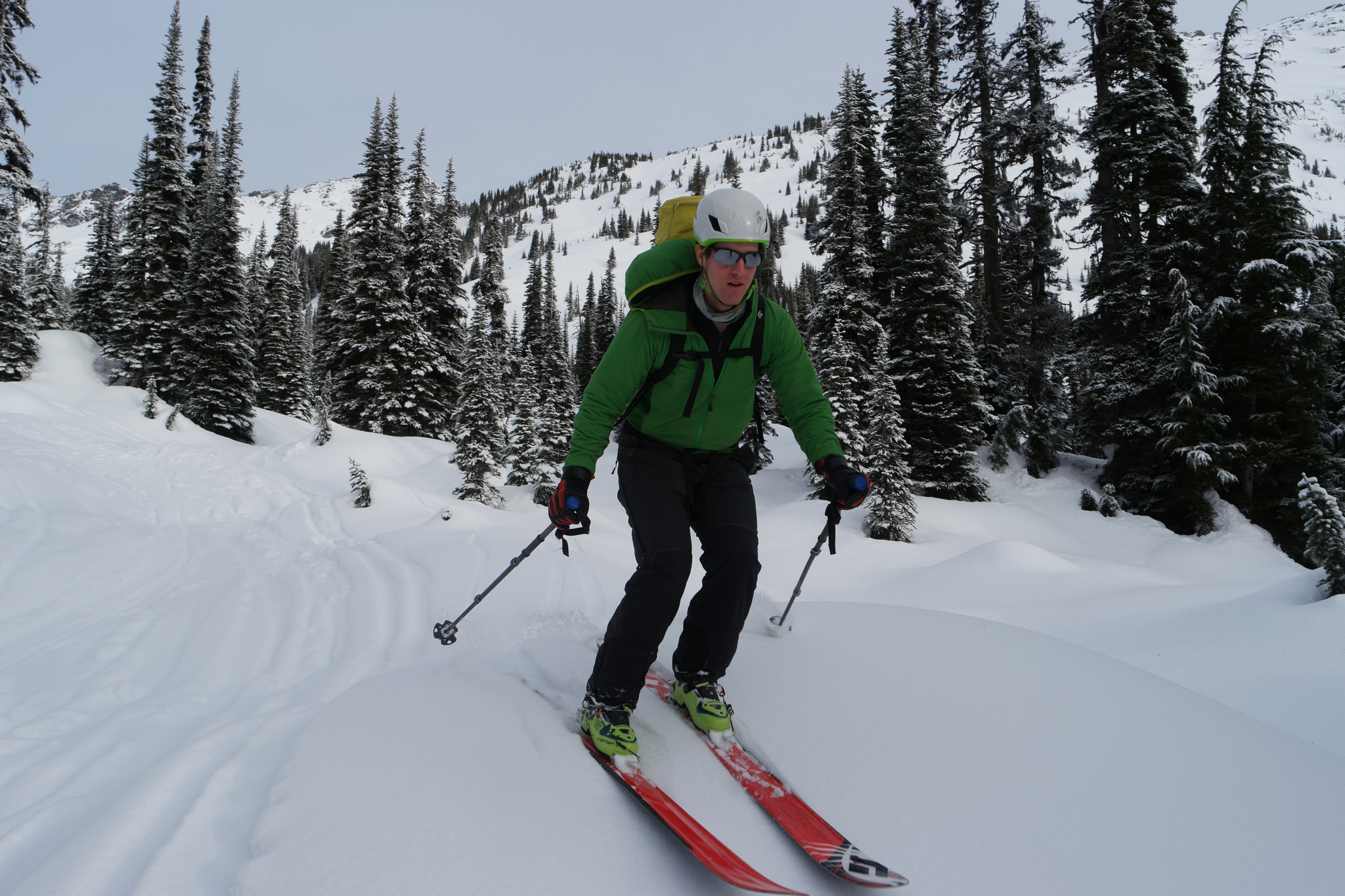