Summary: I found this route incredibly fun. While mostly moderate climbing, the short steps add variety, and a great sense of adventure. Be careful with conditions, an avalanche on this route would be very bad.

Last year, when I first came to this area, I made a vain attempt to climb this route, only to be turned away at the very bottom by an impassable wall of sugary powder snow. In the end, we went and climbed the North Face Couloir instead, and much fun was had; but I did not forget my defeat. This year, with the wonderful mixture of a spring snowpack and winter temperatures, I figured that I owed this route another attempt. Mike and I drove up on a beautiful Saturday morning to test our luck.

The hike in went quickly. The trail to Falls Lake is very icy right now, so there was a little excitement, but fortunately not too much. Once I got to the lake, there were some fishermen already there and they told me the lake had 60cm of ice. However, what the frozen lake didn’t have much of was snow; and so we ended up half walking, half sliding are way across to the other side. On the other side we took a break, scoped out our route and went for it. 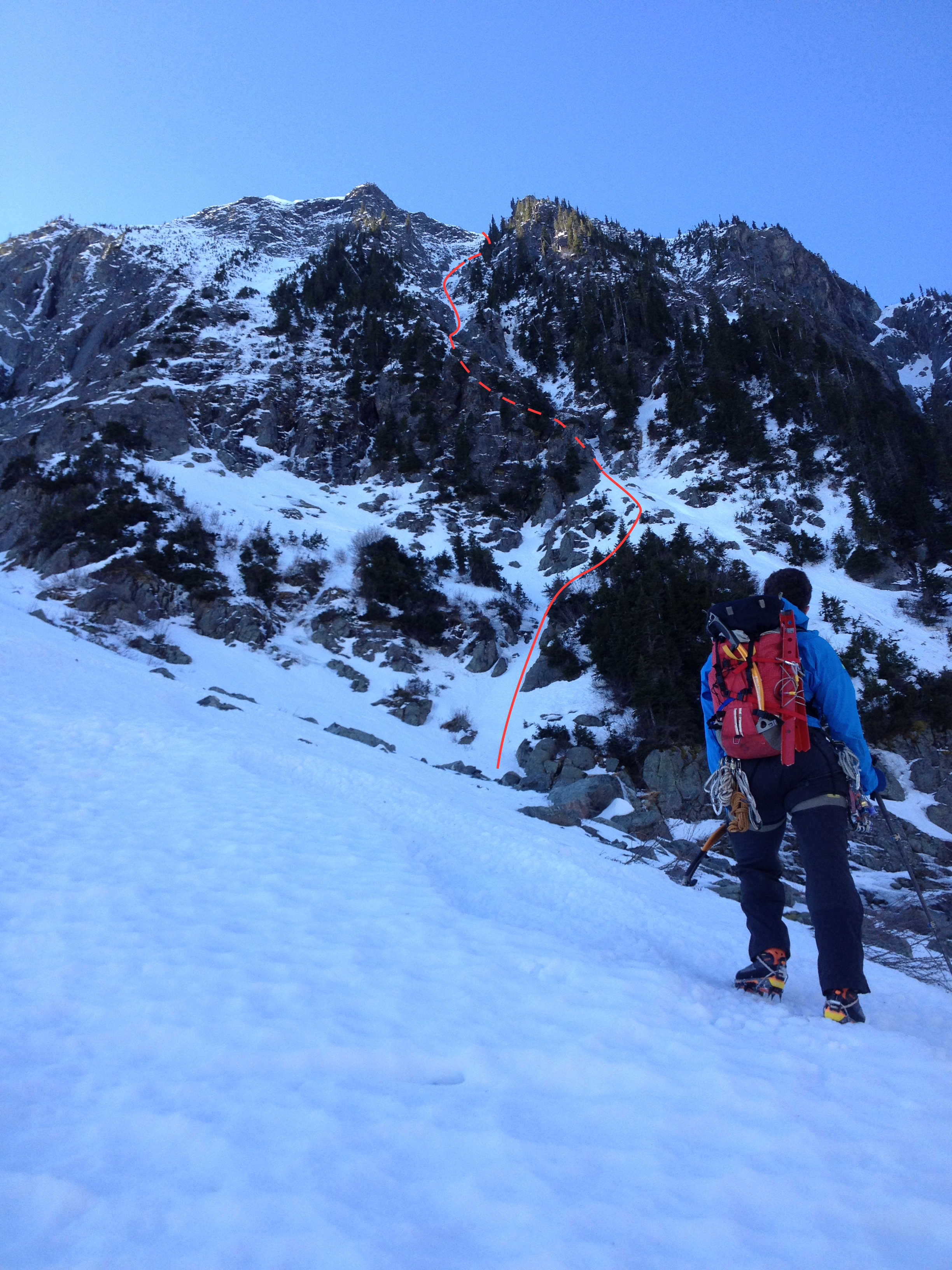 We climbed up some moderately steep snow to get straight in the base of the couloir. Mike took the fist lead up an ice ramp to the first step, which lead to the wall I had met last time. The bad news is that it was still a pile of sugary snow, but this time, instead of just snow, there was also bits of ice and rock in there. I spent 10 minutes of faffing about, clearing away snow, looking around at all the options. Then a lieback on a column of ice, and a bit of gymnastics, and it was in the bag. 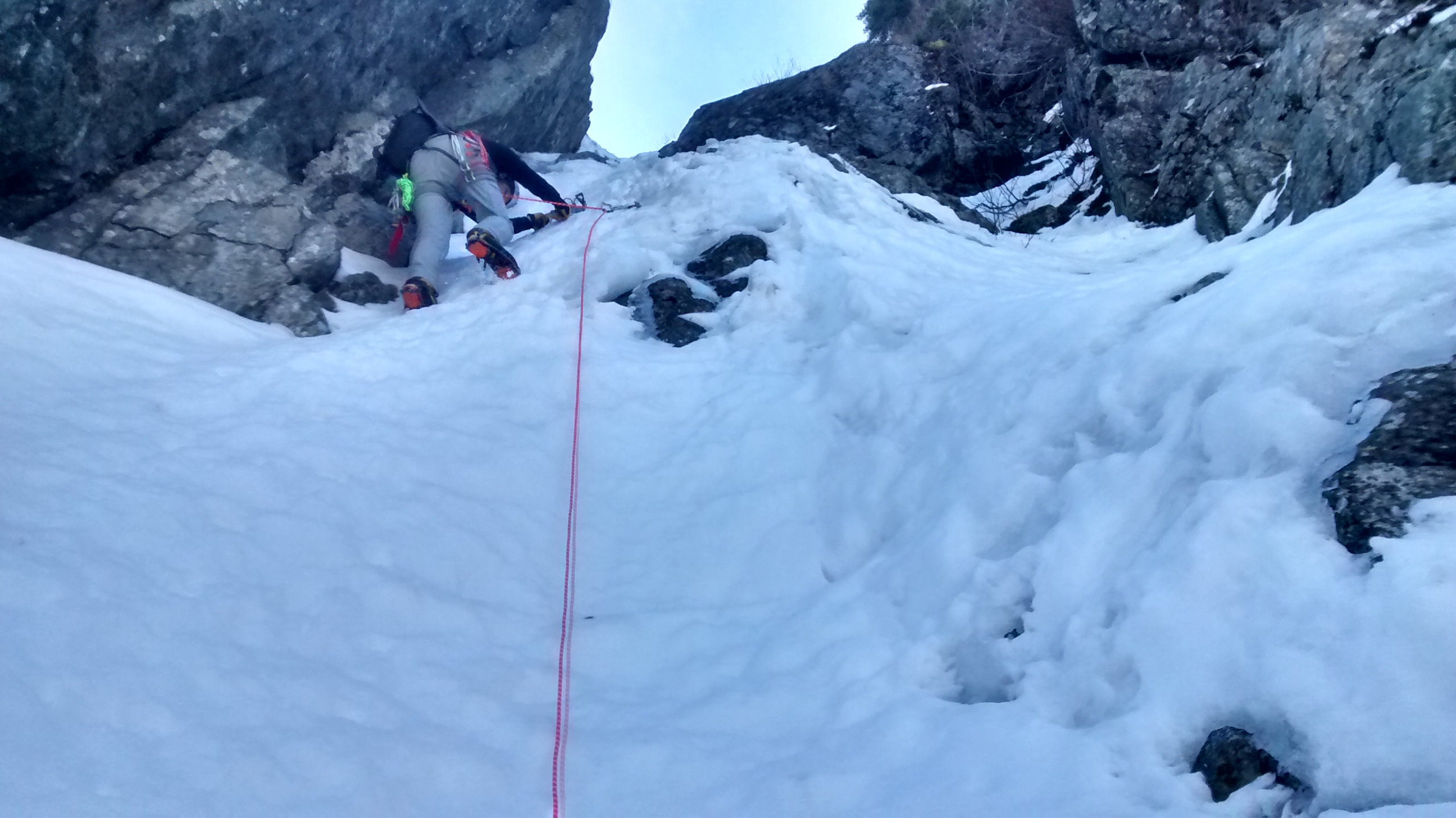 First pitch, the first step is just out of view.

Following this, there is some easier (45° snow) leading to 50–70° snow and ice for most of the climb. Snow quality & protection was highly variable. There was lots of styrofoam, and lots of soft snow, often within a few meters of space. Pickets placements were the most frequent and generally good, but there were also a decent ice screw placements and even several cracks that accepted cams nicely (mostly .75 or .1/.2-ish).

Near the finish, the quality and quality of the snow diminished, and the protection was more sparse. On the second to last pitch, Mike’s first three pieces of gear were a 10 cm screw, a tied off 13 cm screw, and then a sling around a small bush that could have passed for a bonsai tree. 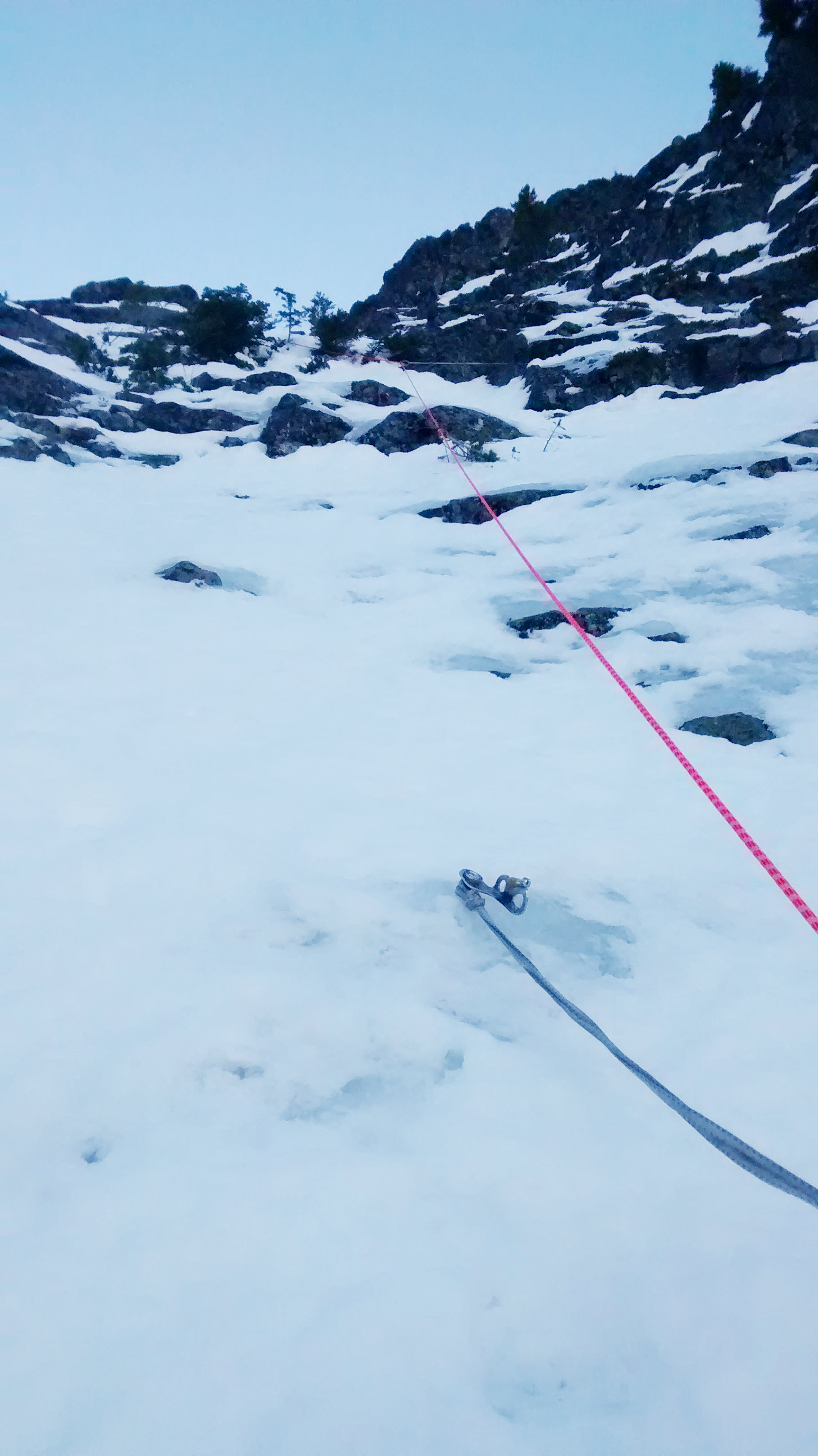 The top of the couloir was mostly guarded by a cornice, but the left side was wide open. After a careful traverse to left, we topped out into the glorious sun. From there we walked over to the old avalanche path below Nak and hiked down to the Pipeline Road and back to the cars. 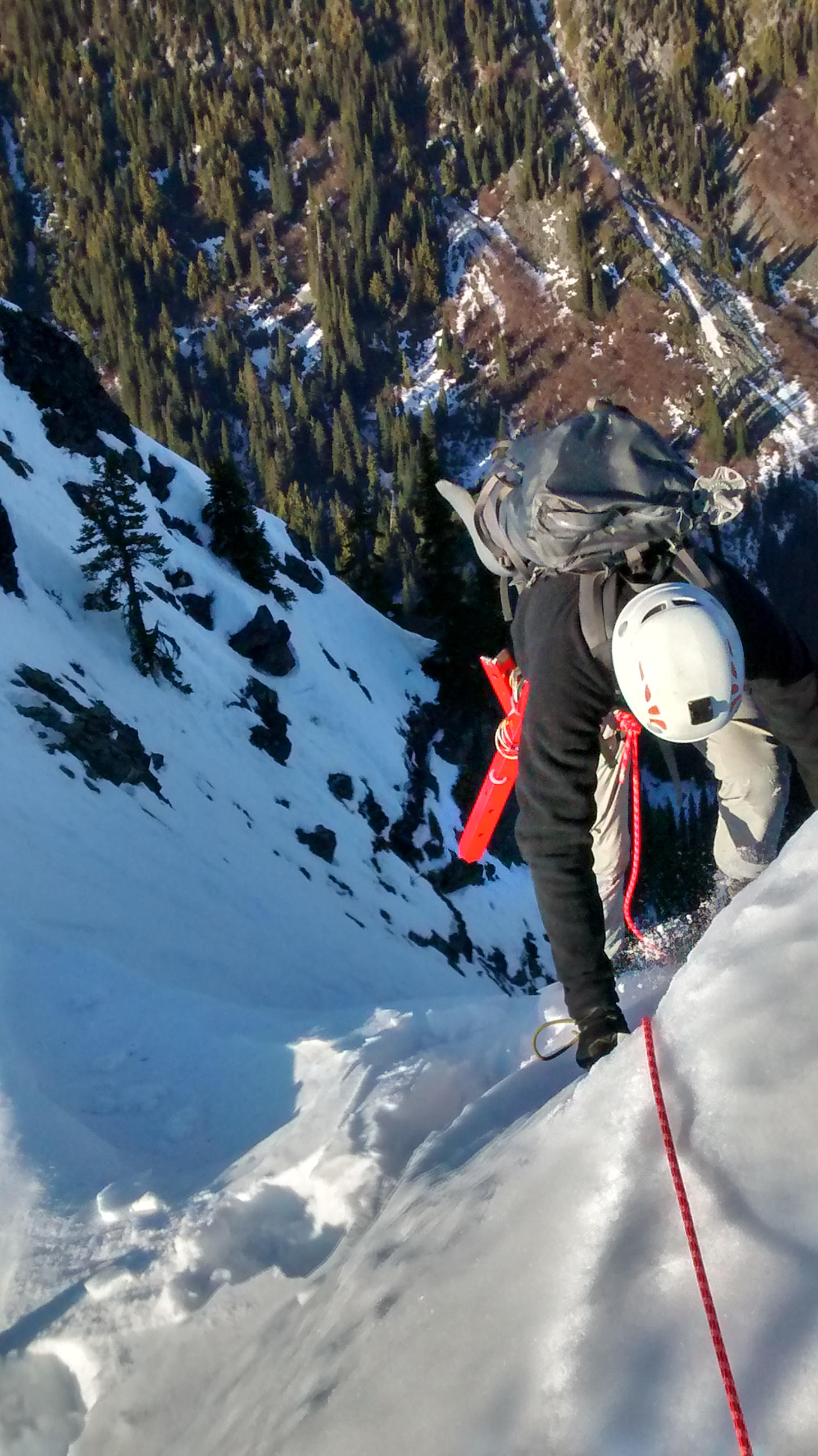 As I already mentioned, some cams/pins may be useful on this route, ice screws as well depending on conditions. Pickets are definitely recommended, but don’t expect the snow to be of superb quality. We brought 2 pickets, and more would have been nice. There are a few trees slightly off-route which can make for solid anchors.