I think Mike had been hankering to climb A Scottish Tale (AST) for some time now. AST is basically in Mike’s backyard, as long as you consider a 2 hour hike “your backyard”. He had been able to get Monday and Tuesday off but a snowstorm was coming in in Monday night & Tuesday, and so we had to go Monday. I guess I’d sort of forgot about the last time I climbed with Mike on the cusp of a snowstorm 1. Our plan was to climb up from the bottom, and then take a nice, leisurely gondola ride down, but when we arrived at the gondola parking lot, we were told it wasn’t opening for the day on account of the weather. We stayed optimistic.

The approach hike was pretty straightforward, the route is “lightly” maintained, but it is fairly well flagged, so it’s fairly easy not to get lost. The conditioned we traveled in were mostly okay, but some things were a little slippery. The flagging cuts out at the very end, but at that point you’re right at the base of the gully, and if it’s not obvious, that probably means it isn’t formed. The guidebook suggests 90 minutes for the approach, but it took us closer to 2 hours. 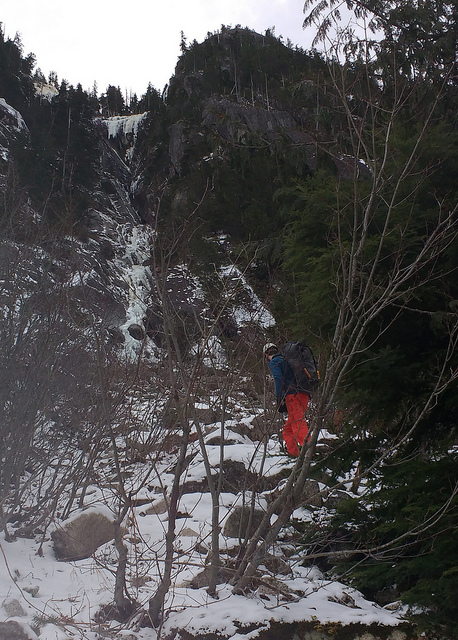 View of A Scottish Tale on the approach

The first few pitches of AST are pretty easy (like WI 2); however, they’re mostly a bunch of thin ice that forms in runnels, and so while the angle is only 45°, it’s pretty consistent, which makes it a real calf burner. This is not good when you just had a long-ish climb 2 days before, and that was your first in the season. We simul-climbed the first bit.

About 1/3rd of the way up you run into a pair of chimneys. These are sort of a “classic” part of the route, roughly in the same way that boot camp is a “classic” part of the military. In fact, I think it might be common practice these days to rappel the top of the route and only climb the section above the chimneys so as to not have to deal with them. The first chimney was particularly thin and the bottom of wouldn’t even hold the weight of my body, so I had to scrape myself up the ice with my arms. 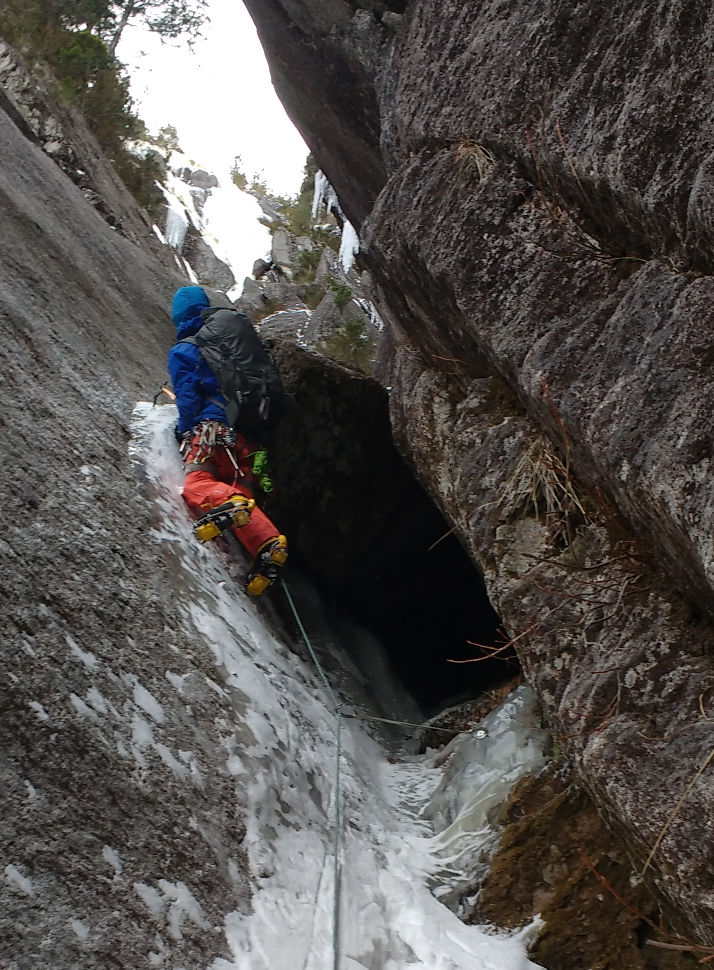 The thin chimney on A Scottish Tale 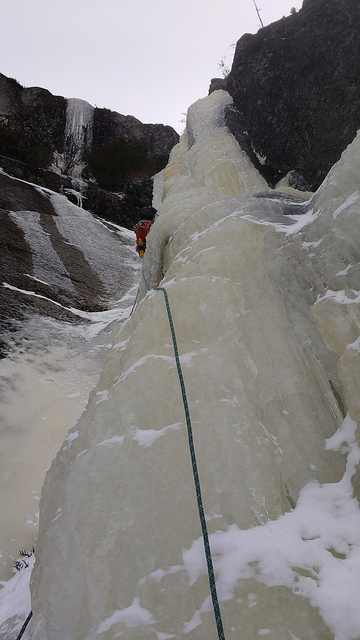 Mike on the upper pitches

We made it to the top of the climb at about 17:00, about 6 hours after stopping. I think a normal party could probably do it in 5 hours, but we were slowed down by how weak and exhausted I was from climbing two days before 2. The views from the top are great, as you’re a bit above the Chief and have a great view of the Squamish Valley. 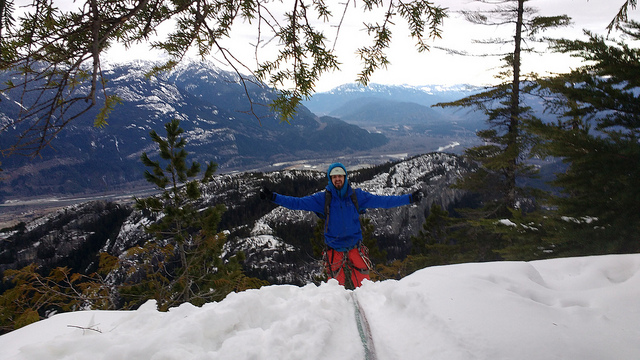 The top out is right by the Chief Overlook Viewpoint in the Sea-to-Sky Gondola’s alpine trails. This means you just waddle up snow for a few minutes and then you’re on a nice, flat trail that takes you straight to the gondola. Unfortunately, as previously mentioned, it was closed; so we had to hike down. Also unfortunately, we tried taking the Skid Trail, as it was steeper and more direct. It was also covered with ice and poorly maintained. In the dark, we ended up loosing the trail, and then had to bushwhack and rappel down to the main trail. We were a little late.

Baker North Ridge (it did not go as planned).

I would personally also like to follow the parental tradition of blaming one’s faults on one’s offspring and say that it was because of my “dad bod”.